We all have our Christmas traditions and my family is no different. I count myself very lucky that I’m married to someone whose traditions are different from my own so over the years we’ve developed our own version of two ways of doing Christmas. As an American she has a heritage spanning Europe, the one influencing our tradition at this time of year the most being her Italian side, and that’s what I want to think about in this post. We always cook two dishes, forming our Christmas Eve supper, meatballs in a rich ragù and ‘stuffed shells’ (conchiglioni ripieno con ricotta e pollo). 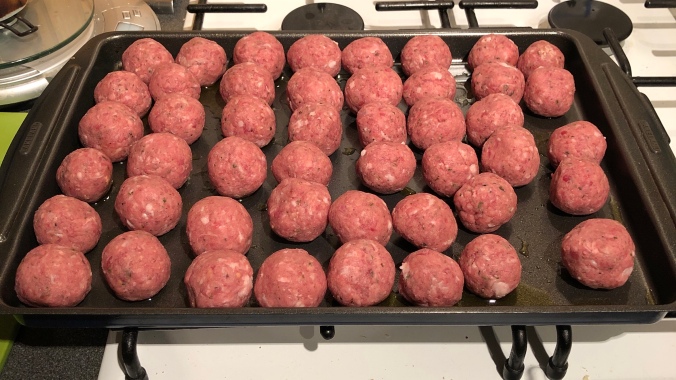 About two hours in, meatballs waiting to be cooked

I tend to be the one who enjoys this kind of cooking more – my wife bakes, we’re a good team – so two days before Christmas I put on the football, settled down to make the meatballs, and became an Italian grandmother for a few hours. In making ragù and meatballs, an important factor is time. They can’t be prepared in a rush, or cooked quickly. I slow cook them for the best part of a day, letting the flavours mix, develop and deepen. The end product definitely feels likes it’s more than the sum of its parts, but it’s also about more than food. 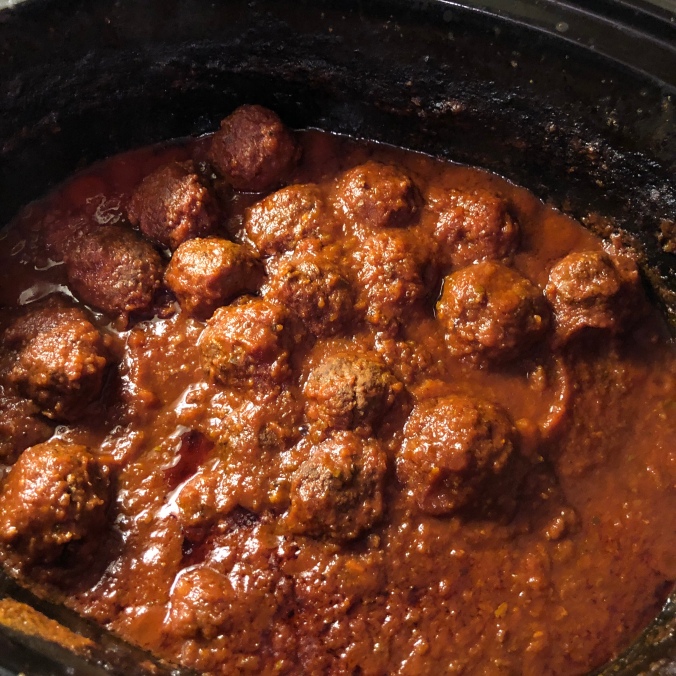 Meatballs and ragù ready to go

The whole process is meaningful to me. On a simple, practical level, I love to cook, I love making and eating good food, and it’s all the better when we all enjoy it! Clearing the space, mentally as well as physically, to make something special and to concentrate on that single task for a few hours is one of my favourite things to do. It is, in essence, very cathartic, and when it goes well one of favourite ways to relax. 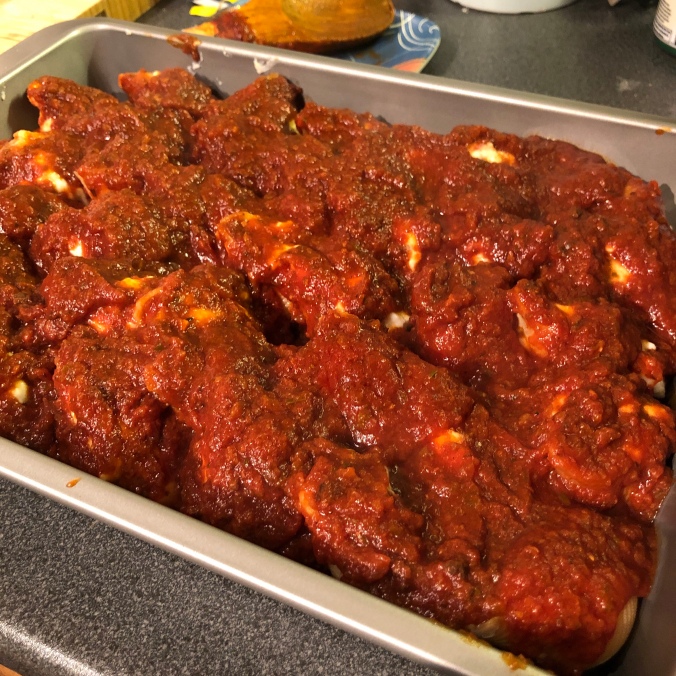 Stuffed shells covered in sauce from the meatballs

It’s also a way of connecting and belonging, creating parts of our family identity. I have no Italian heritage myself, as much as I may love the country, but it is a part of my children’s as well as my wife’s, and so now it’s part of my family history too. I’m indelibly linked to it through them. On a trip to a conference in Sicily a few years ago – yes, I counted myself pretty lucky on that one – I flew over the Aeolian Islands, from where my wife’s great-grandmother had emigrated nearly a century before to the USA. Peering down out of my small window the oddity and wonder that, through one generation’s poverty, hardship and emigration followed by another generation’s urge to travel and a twist of fate bringing us together, one of those islands is not just another Mediterranean destination to add to my list but is somewhere with a special meaning to my family. But it’s also fascinating. 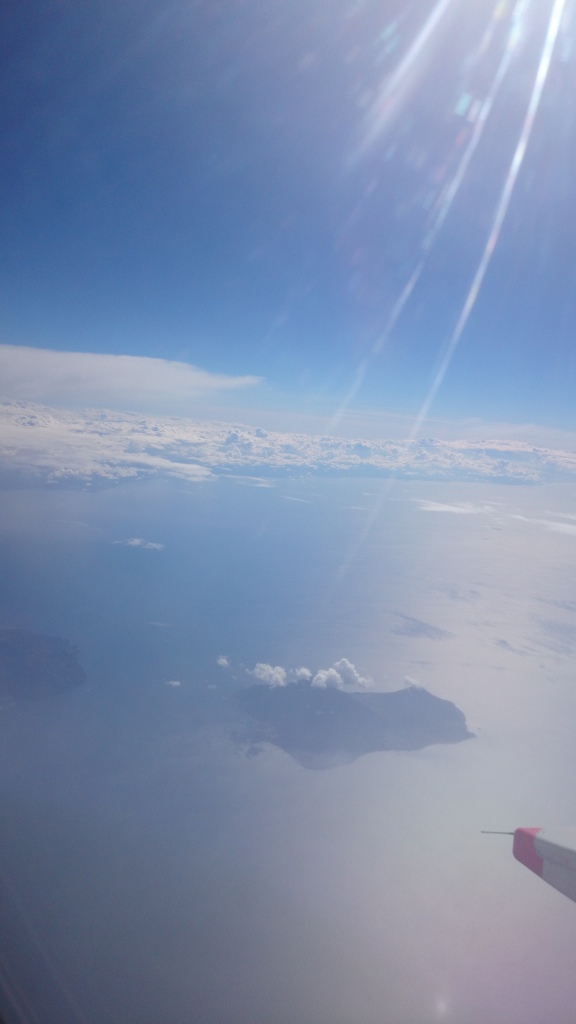 Salina, a small Aeolian island near Sicily, part of my children’s heritage

I’ve spent much of my career as an archaeologist researching interactions, connectivity and long-distance trade, tracing patterns of movement around Europe over a thousand years ago. And before that, as a child, I loved to watch container ships and tankers moving along the English Channel when we were on holiday, always wondering where they’d come and where they were going. Perhaps it’s no wonder, then, that cooking good food from foreign places, places I may have visited or which interest me, has always had more appeal than English food. Add some kind of personal family connection into the mix and it’s quite potent, bringing to the fore that tight knot of excitement I get when I think about foreign travel, ancient places and new experiences.

So every year I cook these old dishes belonging to my adopted family. They connect me to people, places and core parts of myself, but they are also a reminder of the generations which have passed. Each time I make meatballs I think of my wife’s grandmother who explained the recipe, how to form a meatball properly, how to season them and cook them, and, let’s be honest, to take them seriously. So in those two dishes is a lot more than just food. This year my wife made the ricotta-chicken stuffing for the conchiglioni, and my son helped me to fill them. And that’s important too because one day it’ll be him who’s making them. 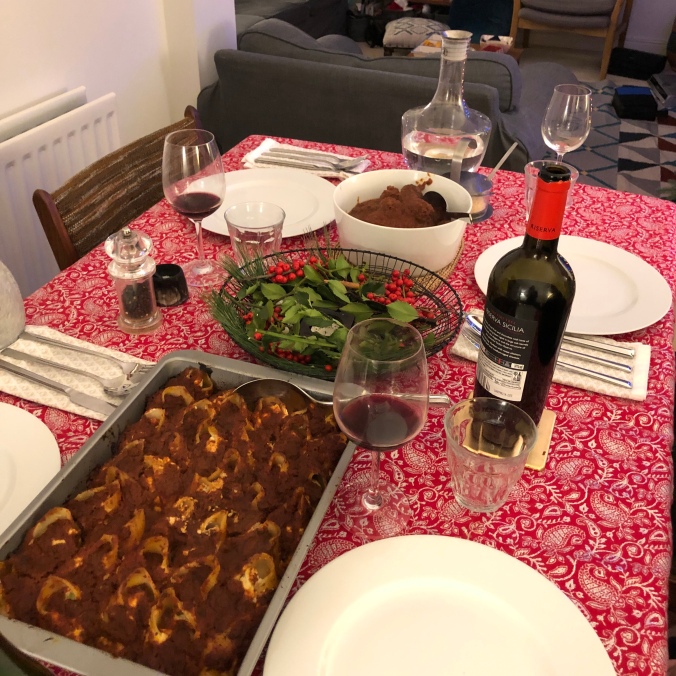 One thought on “An Englishman’s Italian-American Christmas”