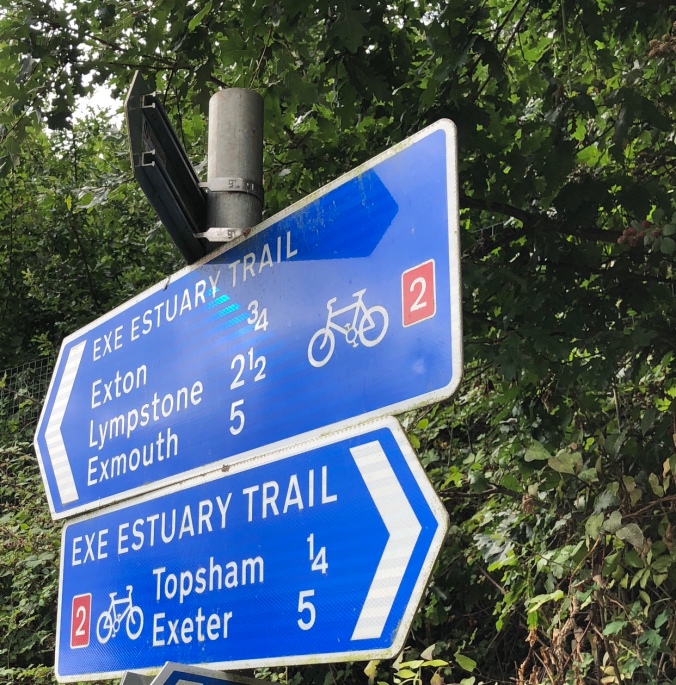 The Exe Estuary Trail in Devon follows the banks of the River Exe from the south of Exeter to the sea. I’ve looked out over the estuary from the train on several occasions, the line skirting along its banks, boats on the water, wading birds and fishermen hunting for shellfish, and discovering the trail along the estuary’s fringes made me want to walk it too. Almost entirely off-road, it’s a popular cycle route and footpath with good surfaces throughout. I’d considered hiring a bike for the day but in the end opted for my feet. As much as I love cycling I wanted to feel the landscape I was moving through, think about it and not rush. Slow travel, I guess.

Leaving the train at Topsham, I simply headed towards the town and the water knowing the trail was down there somewhere. Like so many places in this part of the world, its old, gently winding streets have buildings fronting directly onto them. Quite a few have Dutch gables, reflecting influences from the Netherlands which was an important partner in the wool and cotton trade. Sitting at the head of the estuary, it’s hardly a surprise that the town was a significant port, even bigger than Exeter at one time, and a shipbuilder. 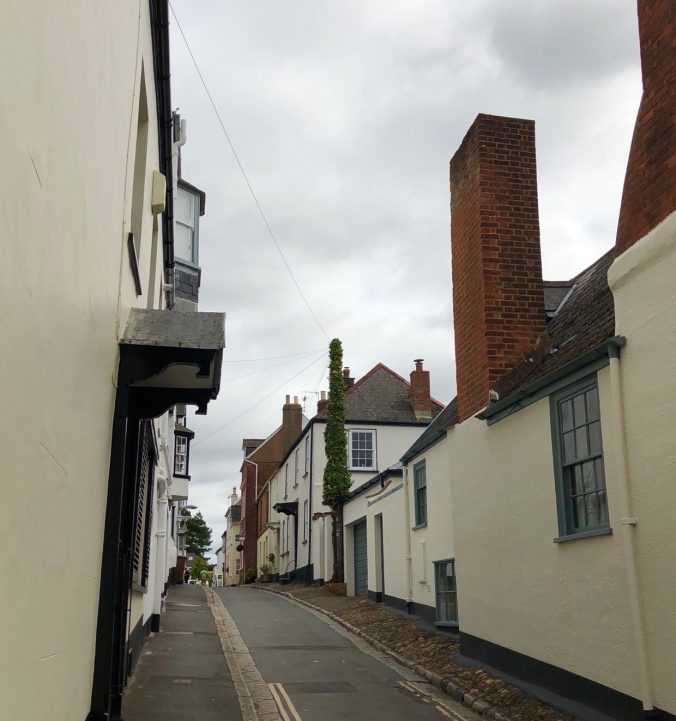 There were still plenty of boats moored up and out on the water but the quay is now home to an antiques centre, two pubs and a restaurant. Walking along Ferry Road and Strand, I could see the whole length off the estuary to Exmouth. The tide was out, the mudflats and sandbanks littered with wading birds and the air was filled with salty estuarine air which stayed with me for most of the walk.

Heading out of town, blackberry picking season was in full flow and I progressed with frequent smiles and nods. Leaving Topsham behind the trail became quieter, and took me past the large nature reserve at Bowling Green Marsh. The predominant sound was of geese, no doubt preparing to fly south for the winter. That time of year already.

It wasn’t long before I came to the small village of Exton, an array of large, wealthy houses on its outskirts, but following the narrow Green Street and Exton Lane through the village I was soon out the other side. Now right on the estuary, and walking on raised wooden boardwalks by the railway line, trains filled with holidaymakers whipped past every 10 minutes or so. Cyclists passed by here and there but most of the time I was alone and all I could hear was the sound of my footsteps, birdsong and the breeze in the trees. I enjoy quiet like this, left to my thoughts and the landscape around me. The trail here is above the estuary’s marshy fringe, and I could look down to muddy creeks and inlets.

I was surprised to find the Commando Training Centre here too, its famous assault course right next to the footpath. Fun to see, and I headed on to Lympstone. The village felt compact, hugging the contours of the estuary, the main street winding its way along. A few pubs and cafes were very tempting but I kept going – although my feet weren’t too happy about it – as otherwise I feared I might not start again. Right on the riverfront is the unexpected and rather wonderful Peters Tower built in an Italianate style by a W H Peters in memory of his wife in the 19th century, and all along here the buildings appear to abut the banks of the Exe. I should have stayed, had some lunch and relaxed, it deserved more of my time.

The estuary here widens out to about a mile in width, low tide allowing the birds to busily work the mud and sandbanks. Coming in towards Exmouth, the large sandbar of Dawlish Warren juts out across the estuary from the western bank, and the low water winds it way through channels in the sand to the north of the marina on its way to the sea.

I didn’t bother with the town, skirting its edge, wanting to stay close to the water. My aim was to walk the estuary and I wanted to reach the point where river and sea met. The sandy beach here was flagged with warnings about dangerous rip tides and I could see the currents pulling their way along the beach as if neither body of water wanted to give way.

I stopped half a mile or so further along, and sat on the sand to eat lunch while looking out over the sea towards Torbay, Berry Head’s vertiginous cliffs in the distance. I paddled and slept awhile on the beach listening to the waves wash onto the sand, without doubt my favourite sound in the world. I ended up looking to the headland of Orcombe Point above me. I knew it marked the very end of Exe estuary, where the land turns away to the east, and the Jurassic Coast begins, stretching off towards Dorset.

I persuaded my body it was a good idea, headed up the path to the cliffs, the revised endpoint of my journey. Here, where the Exe trail meets the Jurassic Coast, is the ‘geoneedle’, a 5m high sculpture including examples of the rock types found along this stretch of coast. High above the sea, the coast to east and west gently curves away into the distance, and I just sat in the grass looking out to the horizon. It had been a long day but more than worthwhile. 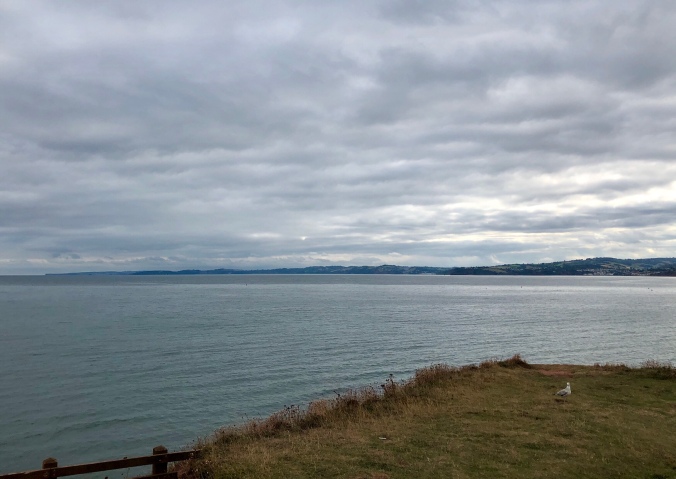 How to get there: the Exe Estuary Trail starts in Exeter, running down the east and west sides of the Exe. Both sides are supported by regular railway services from stations in Exeter and there are several stops on both banks. It was cheaper for me to buy a return to Exmouth than a single from Exeter to Topsham and another from Exmouth to Exeter (£5 day return off-peak).

Other information: My walk from Topsham to Orcombe Point was about 7.5 miles (12km) in total and it was then a mile (1.6km) or so back to Exmouth Station. Exton is about 2 miles (3.2km) closer to Exmouth and Lympstone only about 1.5 (2.4km) from Exmouth and both have railway stations.