Over the last couple of months I’ve started swimming regularly for the first time in years. Living inland inevitably means that I head to the the local swimming pool, and I haven’t swum in the sea for a long time. Well, to be fair, I’ve had a couple of dips in the Mediterranean but that was from a jetty with a bar so it doesn’t feel like it really counts.

But on a recent day out to Budleigh Salterton in East Devon I persuaded myself that it would be a good idea. It was an unfeasibly lovely day, the sea and sky as blue as can be, the atmosphere just hazy enough for the sea cliffs to slowly melt away into the distance. It was warm and sunny, and the water was inviting so I decided it must also be perfect for a swim. 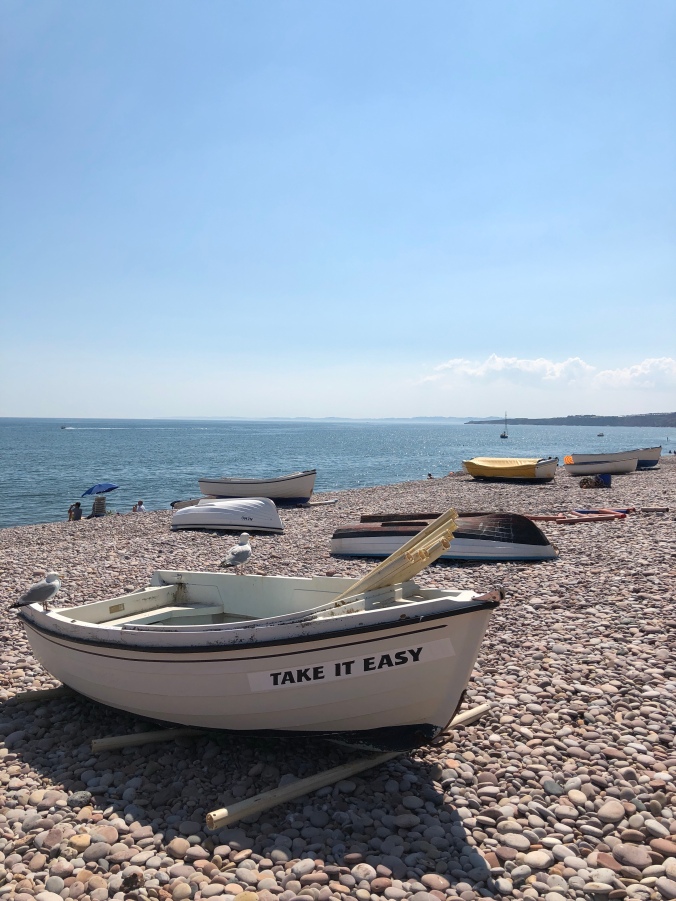 The first task was to navigate the beach. As beautiful as it is, the beach at Budleigh is pebbly and quite steeply shelved so getting down to the water was a little trying, especially as my daughter had commandeered my flip-flops. So much for forward planning.

A first step into the water then made me remember that no matter how it looked from the outside it was definitely the English Channel and any resemblance to the Aegean stopped at the water’s edge. It was, to put it bluntly, freezing.

While it did take a few minutes to get to the point of actually swimming, and there was no way I was turning back once I was up to my waist, it was truly wonderful. I’d forgotten what it felt like to swim with the waves, to watch them come towards you at eye level, and to be buoyed by the salt water. I swam for about an hour, until my legs started to go numb and my spine ached from the cold, before deciding it was time to get out. So I warmed myself in the sun and an hour later was back in for more! I’d recommend it to anyone.

5 thoughts on “Swimming in the sea”